What the Fly Saw 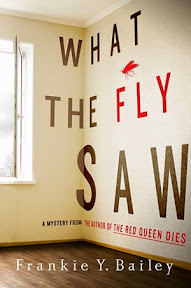 Albany, New York, January 2020 (parallel universe) A blizzard sweeps up the coast and shuts down the city. When it is over, funeral director Kevin Novak is found dead in the basement of his funeral home. The arrow sticking out of his chest came from his own hunting bow. A loving husband and father and an active member of a local megachurch, Novak had no known enemies. His family and friends say he had been depressed because his best friend died suddenly of a heart attack and Novak blamed himself. But what does his guilt have to do with his death? Maybe nothing, maybe a lot. Three people — the minister of the megachurch, the psychiatrist who provides counseling to church members, and a medium visiting from the South – say they reached out to Kevin Novak. One of them might know why Novak was murdered. But Detective Hannah McCabe and her partner, Mike Baxter, must sort through lies and evasions as they try to find the killer. The relationship between the partners is threatened as McCabe deals with a political controversy involving her family, unanswered questions about their last high-profile case, and her own guilt because a young woman died after McCabe failed to act.

Saturday, January 18, 2020 5:47 AM After the storm had passed, in the chilly hour before dawn, the last of the “space zombies” found their way back to their nest in the derelict house. From his command post, the squad leader gave the signal. “Go!” A black van pulled up in front of the house. Albany PD vice cops wearing protective gear jumped out and stormed up the walk. They used a battering ram to smash open the wooden door. “Police! Albany PD!” “Police!” Their high-powered torches illuminated the grotesque horror movie creatures in the 3-D posters on the walls. One of the cops ripped down a dangling black plastic replica of the 2012 UFO. He tossed the boomerang-shaped object to the floor. Hippiefreaks, he thought. Ought to make them all go live out in the Mojave Desert and wait for the mother ship to arrive. He kicked at the nearest mattress on the floor. “Police!” he shouted down at the long-haired occupant. “On your feet!” Blank eyes in an eerie white-painted face stared up at him. “Hands up! Hands up!” the cop yelled as the kid stumbled to his feet. He shoved him against the wall and patted him down. Upstairs, in a bathroom, another cop had found a girl sprawled out, unconscious, on the dirty tile floor beside the toilet. She had vomited in the toilet bowl. Her jeans were stained with urine and feces. Reaching down, he shook her, and then rolled her onto her side to see her face beneath the mop of dark hair. A nasty bruise on her cheekbone stood out against the streaked white paint. He moved her red scarf aside to feel for a pulse in her throat. The scarf was damp, like her tee shirt and soiled blue jeans. “Whaddya have?” another cop asked from the doorway. “Looks like an OD,” the cop inside the bathroom said. “Still breathing, but the wagon had better get here fast.” “Got it,” the other cop said, touching thecomm button on his helmet. The cop in the bathroom spotted a smear of blood on the corner of the sink. That explained the bruise. She’d banged her face on the sink when she passed out. Downstairs in the kitchen, cops surveyed the debris of dirty dishes and rotting garbage – and an impressive array of drugs and paraphernalia. One of them lowered her weapon and observed, “With a stash like this, they could have stayed zonked out until the next UFO came to visit.” 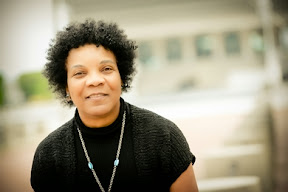 Frankie Y. Bailey is a mystery writer and a professor in the School of Criminal Justice, University at Albany (SUNY). Her academic research focuses on crime history, popular culture/mass media, and material culture. She has done research and writtenabout topics ranging from local history and women who kill to African American characters in crime and detective fiction. She is currently at work on a book about dress, appearance, and criminal justice. She is the author of two mystery series, featuring crime historian Lizzie Stuart, and Albany police detective Hannah McCabe. Frankie is a past executive vice president of Mystery Writers of America and a past president of Sisters in Crime. A dog lover, she now shares her home with a Maine Coon cat/mix named Harry.

Win What the Fly Saw by Frankie Bailey!

4 comments on “SHOWCASE: What The Fly Saw by Frankie Bailey”